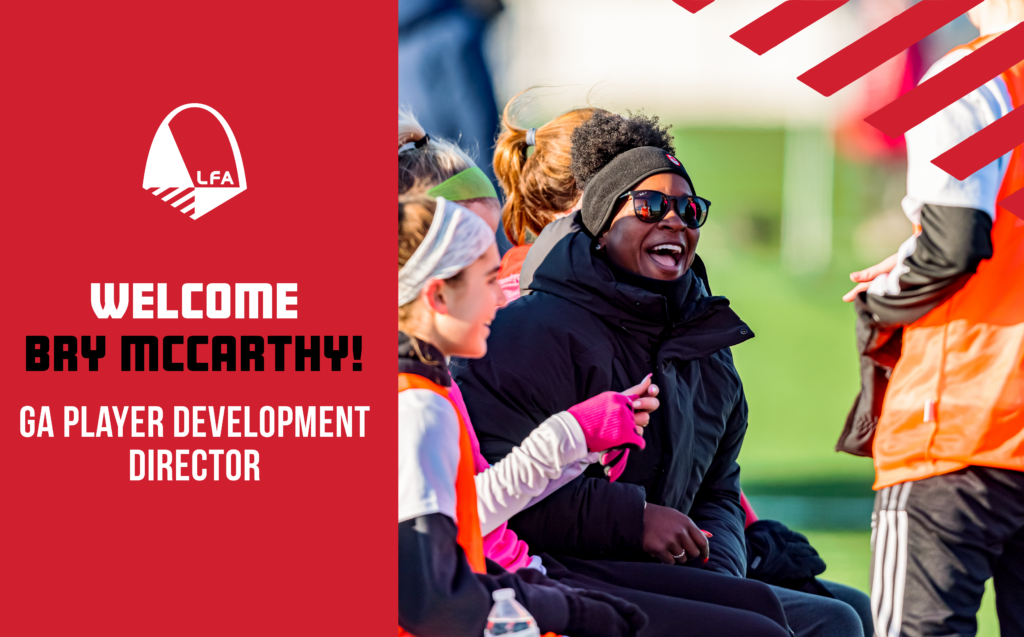 Lou Fusz Athletic is proud to welcome Bry McCarthy as its new Girls Academy League (GA) Player Development Director. As the GA program’s player development lead, McCarthy will oversee the technical and tactical growth of our top female athletes in the club.

Bry was born in Toronto, Canada. Her parents have Caribbean roots from Jamaica and Saint Vincent & Grenadines. McCarthy has over 15 years of playing experience as well as over 6 years of coaching experience. She began her career with a Canadian youth soccer club called Ajax Warriors.

McCarthy joins LFA from Saint Louis University (SLU). She served as the Women’s Soccer Assistant Coach. During her time at SLU, she assisted with on field coaching, management of players, gear, equipment, travel and community outreach.

“I feel incredibly thankful and blessed to step into this exciting new role at Lou Fusz Athletic. My goal is to grow the beautiful game even further while helping players reach their full potential. I will strive to provide a wide range of resources for these young athletes while sharing my knowledge and past experiences as lessons to promote and accelerate their development into elite athletes.”